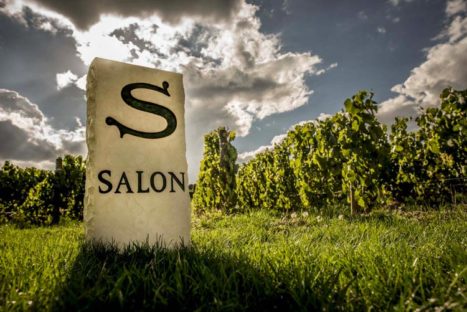 Champagne Salon comes from a single hectare plot called « the Salon garden » and nineteen other small plots in Le Mesnil-sur-Oger selected by Eugène-Aimé Salon at the beginning of the 20th century. The wines are aged in their cellars for an average of ten years, after which they finally start to reveal their complexity and finesse.

Salon is a unique champagne. A single terroir, a single cru, a single grape variety, a single year: that of a great vintage; of one man: Eugène-Aimé Salon.

The Champagne was created more as a hobby than as a business by Eugène-Aimé Salon, a pleasure-loving furrier devoted to gastronomy, travel and entertaining. At first he made Champagne for private consumption, but over the years it so impressed those who drank it that he was urged to produce it commercially, which he first did in 1921.

Salon appears in most of the greatest wine lists around around the world, but is curiously complicated to sell. Stephen Brook describes Salon as a Champagne that can be drunk throughout a dinner and starts to take on the vinous majesty of a grand cru Burgundy