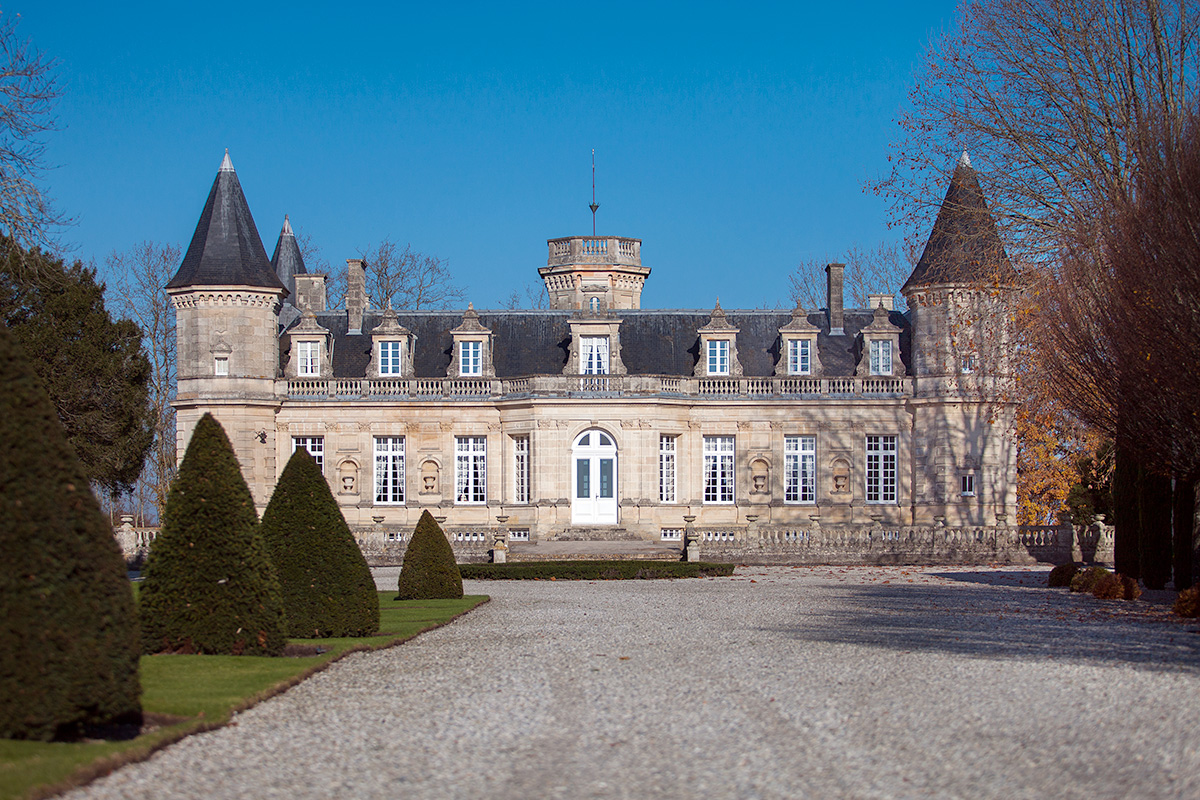 Château Beaumont makes one of the most elegant and delicate Haut-Mèdocs. This is not surprising, since the winery is located between St.-Julien and Margaux, the latter in particular being well-known for its fine wines.

Today Chateau Beaumont belongs to Grands Millésimes de France, which also owns the Grand Cru Classé Chateau Beychevelle. The noblesse of the wine is also reflected in the castle, which is well worth seeing and was built in 1854 in the Renaissance mansard style.

The vineyard of Beaumont was born in 1824, with its new owner Mr Bonnin.

From 1830 to 1847 the house of Beaumont belonged to the Marquis d’Aligre, one of the wealthiest men in France, who tripled the area under vine. In 1849 the estate passed into the hands of the Bonnin brothers, who built Château Beaumont in 1854 in a Renaissance mansard style.

In 1986 Château Beaumont started on its 12th life with the arrival of the GMF group, which joined with Japanese group Suntory to create the company Grands Millésimes de France, also owner of Château Beychevelle and the Bordeaux merchant Barrière Frères.

Today the capital of Grands Millésimes de France is held by the groups Suntory and Castel.

Chateau Beaumont is known to make one of the most elegant and delicate Haut-Mèdocs. 2019 is clearly the best vintage of Chateau Beaumont ever produced, the wine exudes sweet, ripe, red pit fruits with touches of chocolate and espresso.
Read more

€22.00
750ml
This product is out of stock.
Product is not available in this quantity.
Ready, but will improve