Product is not available in this quantity.
By clicking “Accept”, you agree to the storing of cookies on your device to enhance site navigation, analyse site usage, and assist in our marketing efforts. View our Cookie Policy for more information.
Open peferencesDeny allAccept all
Red 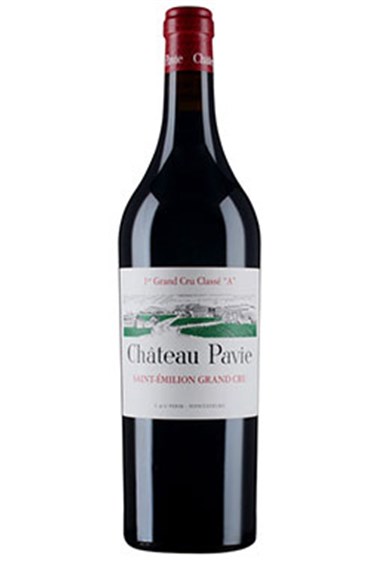 Until September 2022, Pavie was the last remaining bearer of the incredibly prestigious St-Emilion Grand Cru Classé A accreditation, which it won in 2012. It has since been joined by Chateau Figeac as one of the only two Grand Cru Classé A wines from St Emilion.

Deep ruby, brooding initially, then thinking better of it … a cascade of dark fruit and spice; plums, myrtle and even a hint of tapenade; a modest hint, mind—the voice of the limestone plateau resonates, elegant and crisp, holding its own despite the persuasive powers of the unusually high percentage of the Cabernets. Full-bodied, yes, foursquare, no; this wine will evolve with great dignity, revealing more of itself only gradually.